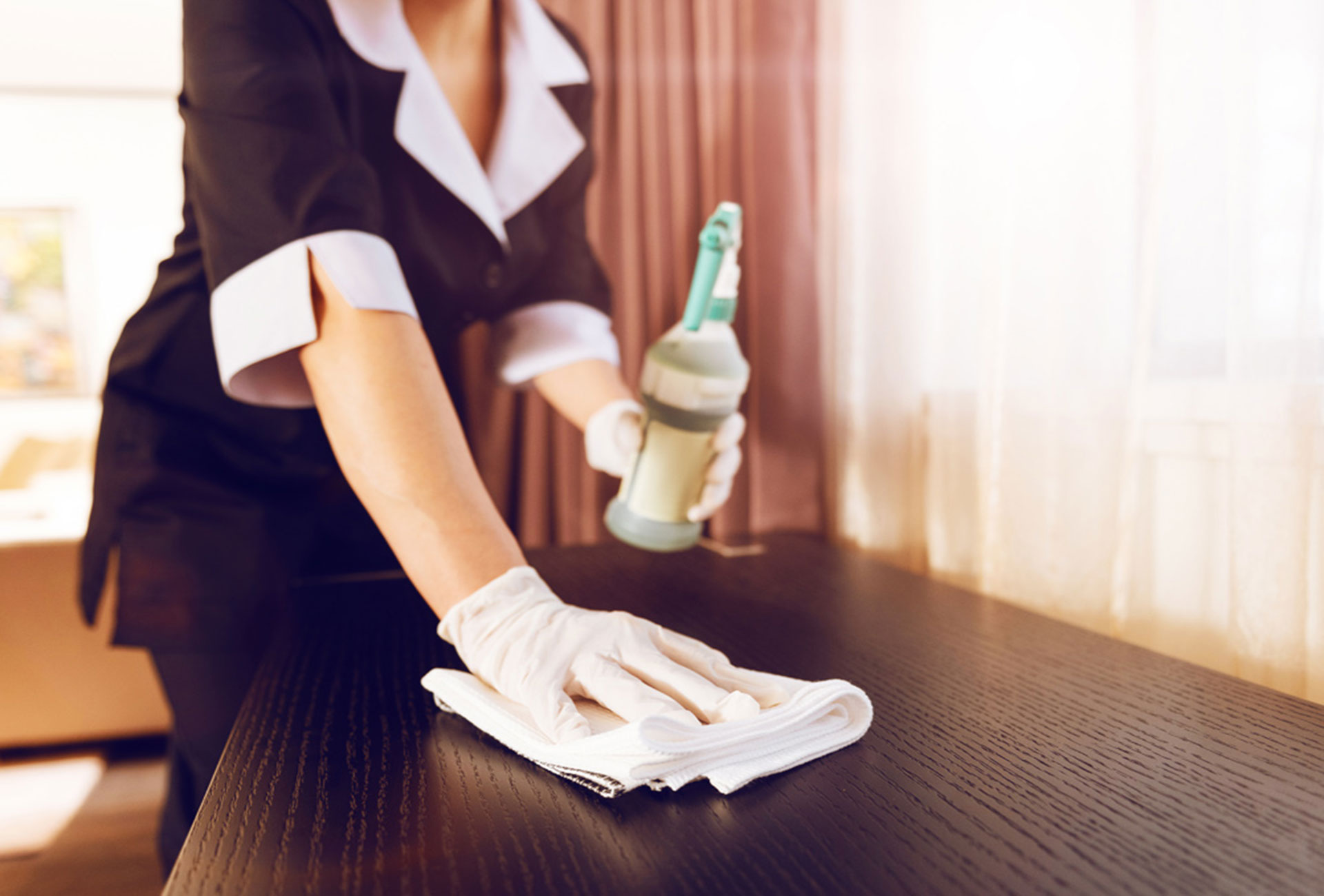 In the context of the announced global pandemic of COVID-19, the team of hotels in Sirona responded adequately and extremely quickly in accordance with the instructions of the National Crisis Staff and RHI-Pazardzhik. In the beginning of February and the beginning of March, professional trainings and explanations were held for the staff of the Sirona hotels (Spa Club Bor 4 * Velingrad Hotel and Balneo Hotel Saint Spas 5 * Velingrad) with Dr. Stanchev, D.M. The proper disinfection of surfaces, the steps of washing hands with disinfectants, the rules for the wearing, placement and disposal of personal protective equipment were shown. The team was explained the preventive methods of safeguarding from infection with COVID-19. In the beginning of February, non-contact alcohol-based disinfectant block stations were installed in the hotels by the companies certified by the Ministry of Health at all the crucial place of the complexes. The complexes are repeatedly disinfected on all surfaces.

What are the unsuspecting, health-friendly resources offered by the bioclimatic resources of the Velingrad region. Especially in these anxious days of epidemic situation in Bulgaria and the world.

Back in 1994, a Bulgarian commentator on the World Cup became the author of the winged phrase “The God is Bulgarian”. Proof of this is the bouquet of natural gifts of the Velingrad region.

We have all heard of ions — they are negative (anions) and positive (cations), depending on their electric charge. As students, we study about them, but few people wonder what their function really is for our health.

The Velingrad region offers a concentration of aeroanions of 500-1000 / cubic cm, respectively, of elevation elevation of 700-780 m above sea level. Combined with low average wind speeds of 1-1.5 m per year, biologically active solar radiation is 23-25 % higher than the altitudes up to 700 m above sea level and the seasonal /spring – autumn/ massive presence of phytoncides and other biological active constituents of air, the result of the presence of vast areas of coniferous vegetation. It has been scientifically proven that in the transitional low-mountainous area of ​​and around Velingrad the work of the heart (pumping function and preload) is facilitated and the functions of the respiratory system – external and internal respiration – are significantly improved.

A number of scientists: Chizhevsky, Caspar and Ashkinas-1963, Krueger and Reed-1976, Rosenthal-Ben-Hur-1980, Tanaka-1996, after scientific research and experiments, prove that negative airways stimulate life processes and have overall beneficial effects on human health, while positive ones have the opposite effect – lowering vital functions. Numerous attempts have shown that only a 20-minute stay in such areas has a magical effect on the human body, causing an unexpected influx of vital energy, optimism and good mood.

Get at least a few times a month active recreation and recreation in a zone with negative aero-ionization, as our Velingrad region has in abundance. The Chepino region will give you all complete with its healing mineral waters. In combination with its other bioclimatic factors, it creates a unique natural combination for the recovery and prevention of many diseases.

Unfortunately, the predominantly urban and highly industrialized lifestyle, seriously breaks us from the places where the air has a high and healthy concentration of negatively charged ions and useful solar radiation.

Here are the main health benefits of the unique complex of bioclimatic factors in the Velingrad area:

Combining all these approaches and methods with the proven physical and balneological procedures in our hotel complexes (Spa Club Bor Hotel 4* Velingrad and Balneo Hotel Saint Spas 5* Velingrad) we are convinced that you will feel a tangible and lasting positive effect on your physical, spiritual, emotional and social health!

Balneo Hotel Saint Spas 5* Velingrad is fully supplied with mineral water with healing properties. Furthermore, the hotel offers balneo packages with hydrotherapy and medical procedures developed by experienced hotel professionals. The hotel’s health professionals can individually prepare for each guest of the hotel balneology programs, that work to strengthen the immune system. The SPA centre of the hotel offers herbs massages that have a strong anti-flu effect and boost the immune system. The hotel has a Medical Center, which is highly equipped according to the Law on the medical establishments and it employs specialists from different fields of health care. Every guest of the hotel can take advantage of the medical strands on which the centre operates.

Make your booking at Balneo Hotel Saint Spas 5* Velingrad by filling out the Booking Form or by contacting the Booking Department: mob.: +359 899 97 22 77 (you can also contact us via Viber

Take a look at our luxury double rooms, Deluxe studios and suites in Balneo Hotel Saint Spas 5 * Velingrad and enjoy a relaxing holiday in nature and fresh air. Indulge in SPA treatments that have a beneficial effect both on the tone of the whole body and in the direction of strengthening the immune system.